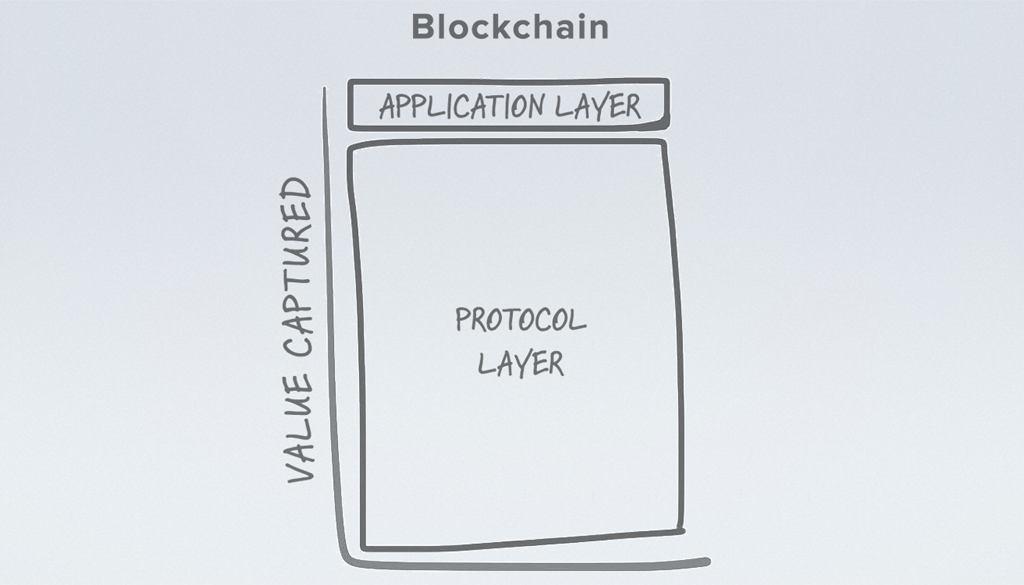 The paper contends barriers-to-entry for new applications are lower. Data is now made available to anyone with protocol access. It follows that as applications attract users, this drives investment interest in underlying tokens resulting in price speculation and holding (HODL’ing in crypto slang).

Two challenges emerge from these economics:
Low levels of serious application development relative to protocol development. Compare the top listing websites. CoinMarketCap tracks more than 1,800 protocols. DappRadar tracks fewer than 800 applications. The best known examples of applications in crypto are infrastructure — for example, crypto exchanges and wallets. Compare this to HTTPS, where there have been more than 1 billion websites (applications) released for the single protocol.

Low usage of cryptocurrencies by real users outside of trading activities. The two most popular Dapps each have 1–2k daily active users. Compare this to Facebook or Google, where each has 1–2b+ daily active users. There is clearly more success with applications focused on crypto infrastructure, particularly exchanges such as CoinBase which has 20m users. A recent tweet liked by hundreds highlights the gravity of the situation:

The simple economic reality of the fat protocol is that with less economic value made available at the application layer, there is little application development. This results in little value for users and low user engagement. The notable exceptions to this rule are applications which manage to directly capture the economics of the protocol layer through transactions, such as Binance and CoinBase.

As many of us are well aware, eating too much catches up. Fat protocol investors are feeling the effects resulting from massive YTD declines in cryptocurrency prices.

Protocols require muscle. We define strong protocols as those which directly share economics with critical stakeholders, including token owners and application developers. Here is the picture:

Strong protocols assign transaction fees directly to the application which processed the user’s transaction. In the case of multiple decentralized applications, the incentives are shared across a range of developers based on their contributions. This provides a superior economic incentive for developers to build and market applications which generate user engagement (not just investor engagement). That grows the entire pie for everyone.

Next post coming soon: Why the first killer dApps will focus on users who don’t care about blockchain.